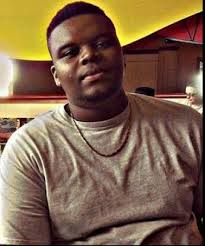 Recently I attended a community event.  While trying to hold a conversation with an acquaintance, I was distracted by the conversation going on next to us between two white women.  I wasn’t eavesdropping.  Until.  Until I heard “that boy in Ferguson Missouri”.

THEN I was eavesdropping.  Which was incredibly rude to the person to whom I was already talking.  But I just knew the other conversation was going to be much more enlightening and interesting.

And it did not disappoint.

White Woman #1:  Did you hear that black people are still rioting over that boy in Ferguson, MO?

White Woman #2:  No, I stopped paying attention to that stuff.  Until all the facts come out, I think they’re just playing the race card to deflect from the fact that that boy was up to no good.  We all saw the video of him robbing that store.

No, you don’t get it.  And you know why a lot of white people don’t get it?  Because Michael Brown, and others like him, are so incredibly devalued by them that losing him MAY be acknowledged as unfortunate, but not as an injustice to humanity.  For some white people to “get it” in any meaningful way, they have to feel that an innocent person (who is not despised by them or at the very least seen as extraordinarily expendable) was wrongfully murdered. They have to relate to the person as someone who truly did not deserve to die on any level.  And it helps if they feel that it could have been them or someone they love.

Right now, I think many white people have stronger sympathetic emotions towards the adorable, innocent dogs killed on Michael Vick’s property than they do towards the “ignorant, ugly, poor, ghetto, dangerous black criminal” human being that Officer Darren Wilson had the misfortune of encountering on August 9th.

Some black person “worthy” of feeling a loss over will have to be killed by the police before droves of white people will speak out against racism corporately and in their personal lives.