In case you aren’t paying attention, there are some serious issues at Mizzou that didn’t stop when University President Tim Wolfe resigned.  In fact, the racial animus has markedly increased.

(As an aside, that resignation speech was steeped in racism and did a lot to explain why he had to go.  As I listened to him resign, it became crystal clear why He. Had. To. Go.  But don’t take my word for it.  Here’s what the experts had to say about it.)

Black students don’t feel safe – physically or emotionally – on the Mizzou campus.  And some white people feel threatened by the black students’ demands, and power.  And what happens when racists feel threatened?  Attempts to discredit and minimize black pain.  Like this.  And this. And yet. In the midst of the chaos, a white ally. There may be others. In fact I know there are. But here is a lesson for those with a desire to be allies. Don’t stand on the sidelines talking to your family and friends (or worse, just yourself) about how you support #blacklivesmatter.

DO something. Don’t tell me. I’m from Missouri. Show me. 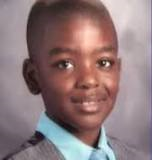 I gasped while getting dressed for work this week when I heard about the murder of Tyshawn Lee, a beautiful little 9 year old boy in Chicago. I’m heartbroken and incensed.

Because I am interested in these issues from a scholarly standpoint, I tend to read the research about these social justice issues and as is the case with many things, the research sheds light that the media isn’t interested in. I’ve said it before, and I’ll keep repeating that urban crime is a function of the human condition in urban areas. Here is a quick summary of some of the leading research:

“In general terms, social disorganization refers to the inability of a community structure to mobilize the common values of its residents to maintain effective social controls (Kornhauser). Empirically, the intervening dimensions of community social organization can be measured in terms of the prevalence and interdependence of social networks in a community (both formal and informal) and in the span of collective supervision that the community directs toward local problems (Thomas and Znaniecki; Shaw and McKay; Kornhauser). Given this, neighborhoods characterized by high levels of poverty or economic deprivation, residential mobility, ethnic heterogeneity, family disruption, poor housing conditions, and low levels of education are most likely to be disorganized and have higher levels of crime and violence. Disorganization, a lack of solidarity and cohesion, and the absence of a shared sense of community and mutual commitment between residents allows crime to flourish because the community’s capacity for informal social control (that which does not depend on the less efficient formal criminal justice institutions) is inhibited.”

Find out who did committed this heinous murder and lock them up.  But if you want REAL justice for this little boy, then we MUST fix the conditions which led to these crimes.  Reactionary criminal justice measures are not justice.  Let’s not forget our federal government’s role in creating and perpetuating ghettos.

Urban crime is the natural consequence that flows from bad policy.