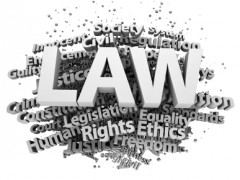 I was reminded of Dr. King’s passage about the need for legislation when an acquaintance of mine said that we can’t fix police brutality with legislation because the problem is the police officers’ intrinsic bias towards black men.

Maybe we can’t fix their hearts.  But we can make them think twice about killing another unarmed black man.

“Now the other myth that gets around is the idea that legislation cannot really solve the problem and that it has no great role to play in this period of social change because you’ve got to change the heart and you can’t change the heart through legislation. You can’t legislate morals. The job must be done through education and religion. Well, there’s half-truth involved here. Certainly, if the problem is to be solved then in the final sense, hearts must be changed. Religion and education must play a great role in changing the heart. But we must go on to say that while it may be true that morality cannot be legislated, behavior can be regulated. It may be true that the law cannot change the heart but it can restrain the heartless. It may be true that the law cannot make a man love me but it can keep him from lynching me and I think that is pretty important, also. So there is a need for executive orders. There is a need for judicial decrees. There is a need for civil rights legislation on the local scale within states and on the national scale from the federal government.”  Dr. Martin L. King, 1963 at Western Michigan University

Rallies, marches, protests and civil disobedience are important tools in this new civil rights movement.  Indeed, the mobilization of a people demanding that which ought not even be in question – the basic dignity of recognition that #blacklivesmatter – is powerful and, I believe, effective.

It won’t make rogue police officers believe that #blacklivesmatter.  But it just might tame those itchy trigger fingers.