Man, what a difference the lack of melanin makes.

Have you ever wondered what would happen to a White suspect, wanted for burglary, fleeing the police, who, when cornered by the police, assaults not one, but TWO police officers (even breaking one’s hand)? 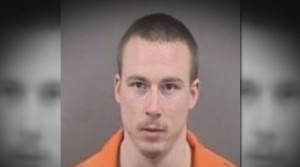 Well, wonder no more.  I offer the story of one Kevin Miner, whose antics occurred a mere four days after the murder of Michael Brown.  Where did this happen?  A few miles away from Ferguson in St. Louis, Mo.

Here’s a little info from this article for you:

“Kevin Miner was hiding from police in a basement. He had been arrested two other times in the past month alone. He engaged police officers physically, breaking the hand of one. Now he is sitting in jail, facing new charges of assault for what he did to the police officers, along with the original robbery charges. But unlike Michael Brown, Kevin Miner will get his day in court. He will probably do some time, but in the end he will eventually be a free man again, able to go on with his life of thuggery.”

The policing of White bodies.  There must be a totally different procedures manual for that.