I’ve known a junkie or two in my life.  In fact, I know one or two right now.  And there’s a whole lot less than six degrees of separation between those junkies and me.  Over the years, those junkies have been in and out of prison for various crimes.  That junkie life ain’t cheap.  Habits are high.  No pun intended.

The War on Drugs has not been kind to hypes.  Busted with a stash of crack means a trip to jail. Over and over again.  Politicians promising to get “tough on crime” have passed legislation over the years to ensure that black men and women – the junkies and hypes – were removed from society in order to cause no harm.  Never mind how the “War” devastated communities and families of non-violent users.   Despite the black community’s outcries about the negative impacts of this War, this country – at  the state, federal and local levels – continues undaunted. 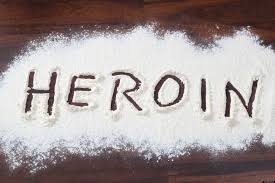 But then.  Actually, but NOW.  Now WHITE kids are the hypes and junkies.  And it ain’t weed or crack they’re enamored with.  They’re jonesing for Smack. Black Tar. Horse. The “H”.  HEROIN.  And they’re overdosing in record numbers.  Now, WHITE families and communities are being ravaged.  But not for being over-policed.  Because NOW the narrative has changed.

White parents aren’t fond of their loved ones being called junkies and hypes.  And they don’t particularly care for calling them “addicts” or treating them as criminals either.  Instead, they are demanding a “kinder and gentler” approach to dealing with their kids.  And their demands are changing the entire conversation.  White parents prefer that rather than policing their children as criminals…rather than waging a war in their communities with their children and husbands and siblings the hunted enemies…that their loved ones be treated as suffering from a disease known as  “substance abuse disorder”.

That’s right.  There’s a WAR being waged in the black community.  But there’s a HEALTHCARE CRISIS  being addressed in white communities.  So while black folks are being locked up and put on lock down, white people are treated with the compassion reserved for patients suffering from serious illnesses.

Don’t get me wrong.  This is the right approach.  The obvious issue is that how you’re treated, and what level of care you receive, is all dependent, like so many other things, on your zip code.